The current president of the San Antonio Chapter of The American Institute of Architects is the only media contact who can speak on behalf of the Chapter.  The president may be reached for comment at:

Position Statements represent the official position taken by AIA San Antonio on issues dealing with the built environment, natural environment, development practices, public policy of San Antonio (or any municipality, county government or state government or agency having jurisdiction within the geographic limits of AIA San Antonio), or any other issue in which the voice of the architectural profession should be expressed.

To become an official document suitable for media release, any Position Statement must be approved and formally adopted by a two-thirds majority vote by the Board of Directors of AIA San Antonio.  Votes may occur during regularly-scheduled board meetings, special board meetings called as directed by the bylaws, or via email broadcast to or telephone polling of all board members as directed by the president.

Please note that Position Statements differ from editorial comments or op-ed pieces which may be submitted by individuals for publication only within chapter newsletters.  The policy for such publications is contained in the separate “Editorial Standards for Publication”, which was approved by the Board of Directors in December 2005.

In addition, individual members may submit letters to the editor or op-ed pieces to local media markets but must clearly state that the opinions expressed are solely individual and do not represent the official position of AIA San Antonio or AIA. 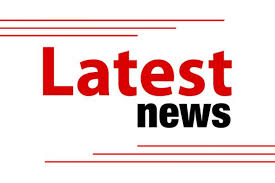